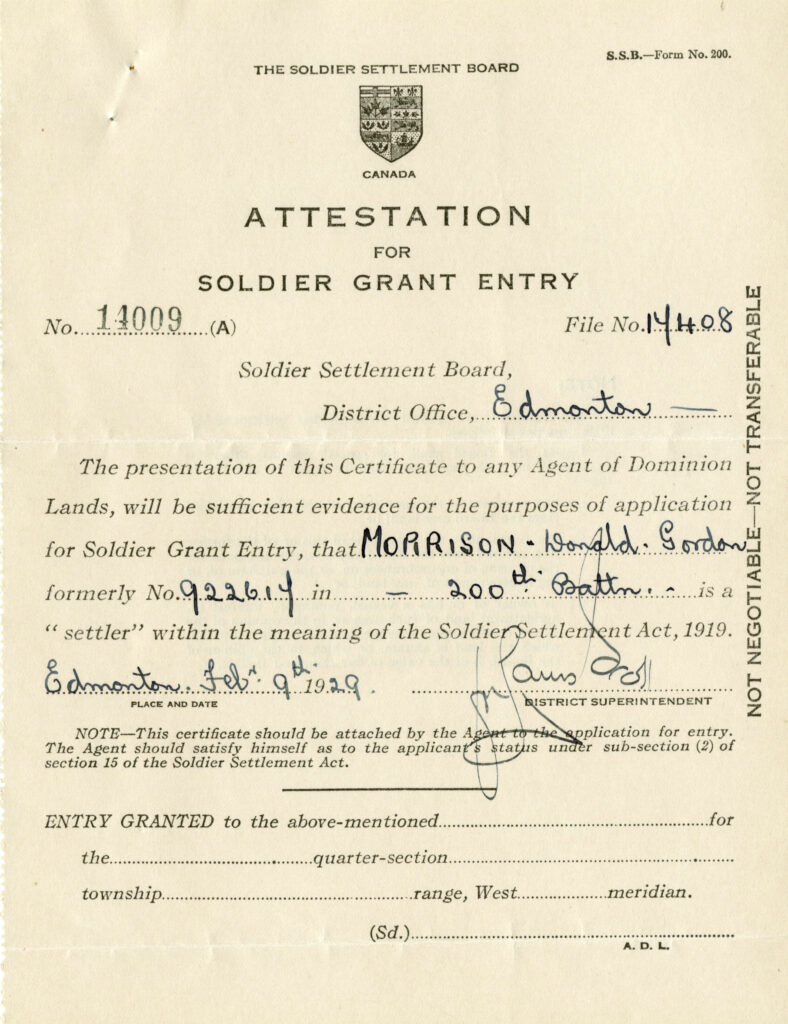 Todays “From the Vault Friday” features an Attestation for Soldier Grant Entry form from the Donald Gordon Morrison fonds (Fonds 589).

Donald “Gordon” Morrison was born in Pipestone, Manitoba on April 14, 1896 to John D. Morrison and Katherine McKenzie. Gordon and his siblings John, Jean, Alex, Catherine, Melvina and Jessie all grew up in the rural community of Pipestone. He was working there as a clerk when he enlisted in the 200th Canadian Battalion at Camp Hughes, Manitoba on July 12, 1916 as Pte. D.G. Morrison #922617. He served in the 11th Reserve Bn based at Seaforth Camp, Sussex England, then in the 43rd Can. Bn. (Cameron Highlanders) in France. On his discharge certificate, dated March 24, 1919, he is listed as 22 years of age, 5′ 6″ tall, with blue eyes and fair hair.

After the war Gordon made his way back to Pipestone and spent some time with his family. His brother Alex had settled in the Morinville area and Gordon farmed with him. Although he enquired regarding land via the Soldiers Settlement Board soon after the war, it was not until November 30, 1929 that he filed on Section 26, Township 87, Range 9, West of the 6th Meridian in the Worsely area. By then he had moved from Morinville to Grande Prairie.

Gordon also worked as a truck driver, and one of his hobbies was horse racing. He never married and passed away October 17, 1976 in Dawson Creek, B.C. 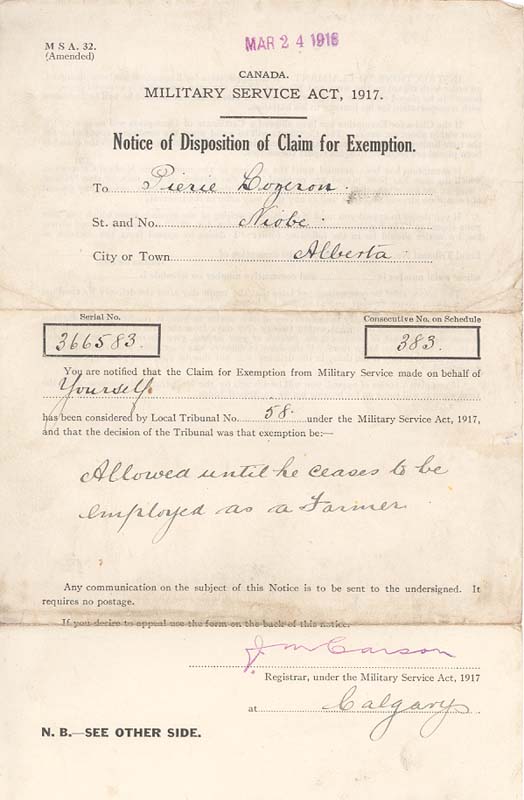 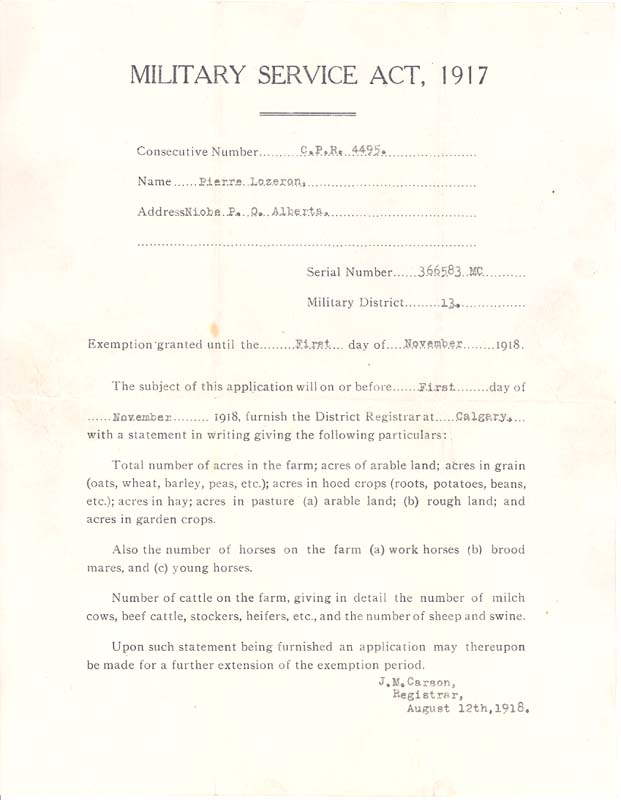