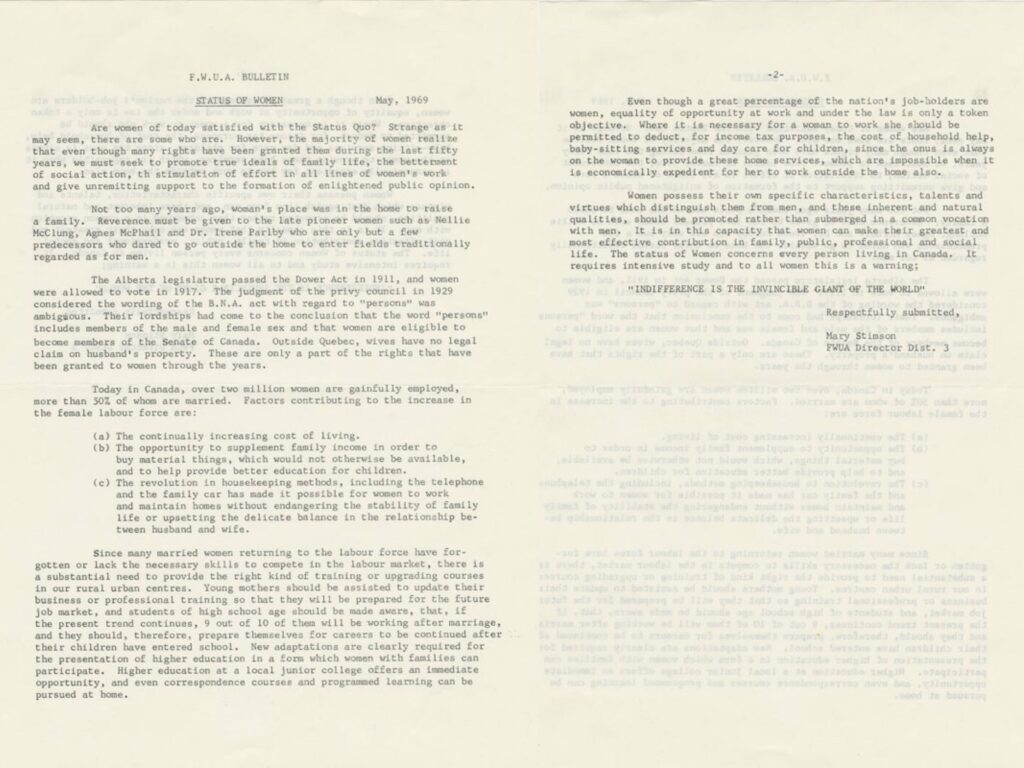 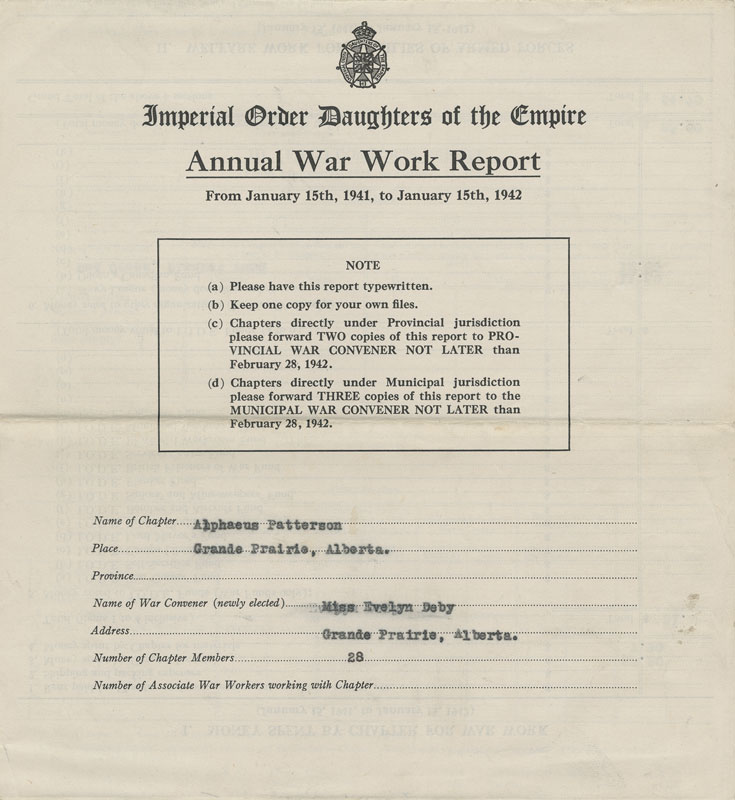 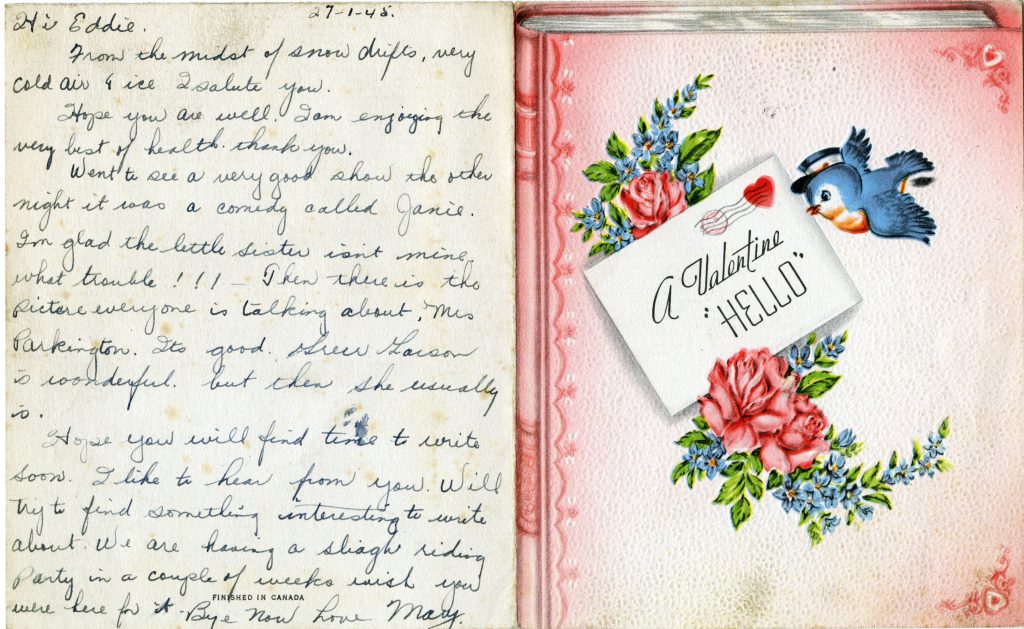 Margaret Alma Stevens (Regtl. No. W3225) was born July 8, 1907, in Easton’s Corners, Ontario. She attended school there until Grade 9, later taking a course in Business College in Ottawa. Her parents, Mr. & Mrs. William Stevens, lived at Kemptville, ON when she enlisted in WW II at Kingston, ON. Margaret joined the Canadian Women Army Corps (CWAC), No. 7 Company, and trained at Barriefield, ON in 1943, where she met Eddie Schadeck. She served as a clerk at Fort Frontenac, Kingston until her discharge in 1946. Her interests included riding horses and writing poetry and songs. Margaret started army correspondence courses while at Barriefield and continued them in Brockville, ON after she was discharged, and in Wembley after her marriage. After the war, Eddie and Margaret married in 1946 and farmed on land obtained through the Veteran’s Land Act. Their farm was located south of Huallen in the Wembley area. In the 1950s, they moved to Salmon Arm, where they lived until Margaret passed away in 1999.

From the midst of snow drifts, very cold air + ice I salute you. Hope you are well. I am enjoying the very best of health, thank you. Went to see a very good show the other night, it was a comedy called Janie. I am glad the little sister isn’t mine what trouble!!! Then there is the picture everyone is talking about, Mrs. Parkington. Its good. Greer Garson is wonderful, but then she usually is. Hope you will find time to write soon. I like to hear from you. Will try to find something interesting to write about. We are having a sleigh riding party in a couple of weeks wish you were here for it.