Although we have not yet been able to welcome our volunteers back to the archives, many of our volunteers are continuing to work on projects at home. Just this week, volunteer Randy Repka finished transcribing the Argonauts’ 1910-1915 cashbook; the digitized cashbook and Randy’s transcription are now both available on the Argonauts Ltd. finding aid.

The Argonauts Limited company was formed in 1909 by partners William A. Rae, Robert McQuarrie, Charles Spencer, C. Byar, Edwin Simpson, John “Jack” Sutherland, and W.H. Carter. Late in 1909, Jack Sutherland was sent north to the South Peace to determine whether the southern half of 26-71-6-W6th, along the Canadian Northern Railway survey, was suitable for a townsite. Upon his favorable report, the company purchased 80 acres of the land, and in 1910 had it subdivided into town lots by Dominion Land Surveyor Walter McFarlane. These were promoted and sold by the Grande Prairie Townsite Company, of which W.A. Rae was also secretary.

When the Argonauts Limited secured its charter in 1910, the partners decided that they should also take in a sawmill. The procession of twelve teams carrying a steamer and all the equipment needed for the mill started from Edmonton on February 12, 1910 and a month later had made it as far as the Simonette River. Here they were stranded by early break-up of the rivers until they could raft it up the rivers. The mill was finally set up in the virgin timbers of the Wapiti River valley to provide lumber for the first buildings in Grande Prairie City.

Grande Prairie City grew rapidly, attracting other developers on parcels of land surrounding the original townsite. The village was incorporated in 1914, and by 1919 had the requisite 1000 residents for a town. A few years later, in 1922, The Argonauts disbanded. A great number of their lots were still unsold, and these were distributed to the shareholders on the basis of three dollars worth of property for each dollar of capital shares held. 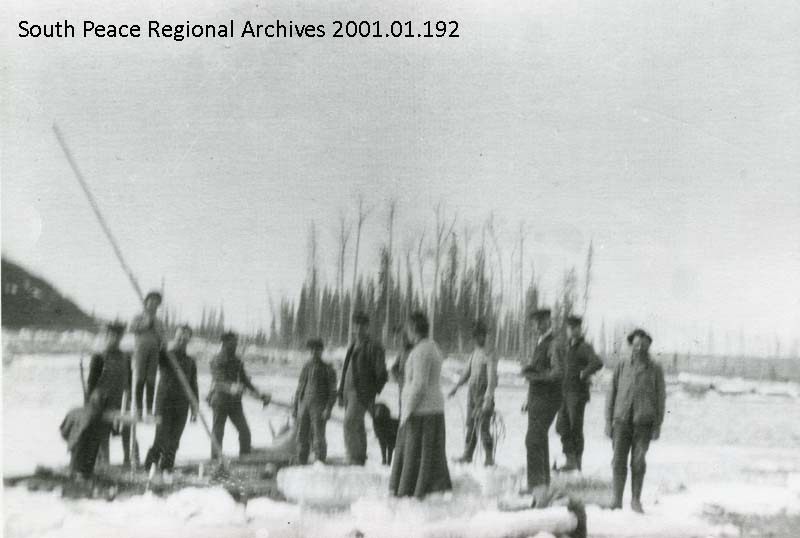 The early spring in 1910 resulted in rivers breaking up before the expected date. Incoming settlers, such as the Forbes and Argonaut party seen here, were forced to make rafts for transporting effects down river to the Grande Prairie townsite. 1910 (SPRA 2001.01.192) 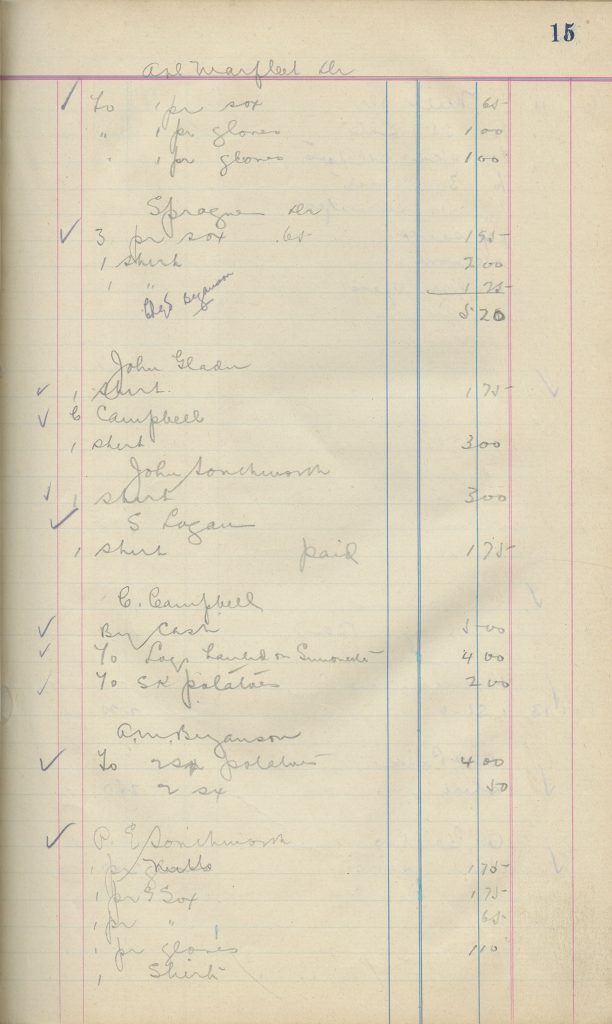 A page from the Argonauts’ cashbook