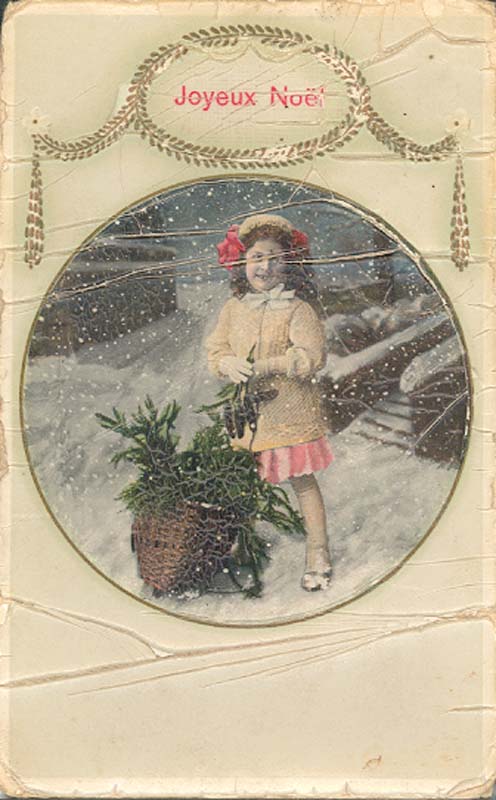 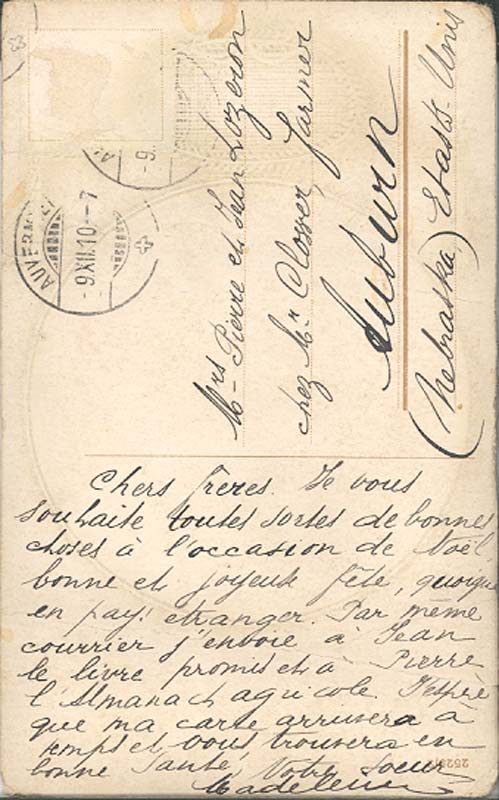 Todays “From the Vault Friday” features a winter holiday card, from the Madeline Hanni-Lozeron sub-series of Pierre Lozeron family fonds (fonds 006).  Madeline Lozeron, born in 1878, was 32 when her younger brothers Pierre and Jean left Switzerland in 1910. The card was sent to her brothers in Nebraska circa 1910-1912.

She married Monsieur Hanni of Auvergne, had two children, Marguerite and Andre, and passed away in 1960 at the age of 82.The sub-series consist of postcards, letters and funeral records sent from the Hanni-Lozeron family to Pierre Lozeron in the United States and later Canada, from the time he left Switzerland. After Madeline’s death in 1960, later news of the family (such as funeral records) was sent by Pierre’s daughter-in-law Christianne in Switzerland.

View a selection of photos from the Pierre Lozeron family fonds on Alberta On Record.