The January 26, 1934 issue of the Grande Prairie Herald included several pages of notes from the rural communities of the South Peace region.  Whoever the writer, or writers, of these “Seen & Heard” columns, they were well informed of the day to day happenings of their communities… and had a subtle wit besides. 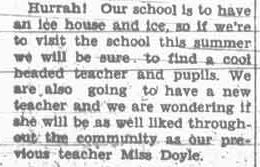 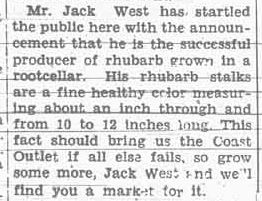 Flipping through past issues of Grande Prairie newspapers, you can see the importance of community celebrations.  There are announcements for and descriptions of any number of dances, school entertainments, pageants, concerts… even programmes for special radio concerts were published in the weekly papers.  This 1926 entertainment included songs, recitations, and skits, and of course no Christmas entertainment would be complete without the appearance of Santa Claus himself.

Amazon, Etsy, and a host of other online marketplaces have given a different meaning to the concept of “shopping at home.”  On weekends such as this, when streets and parking lots are at least ankle-deep in snow, online shopping from the comfort of one’s couch becomes even more appealing.

Every year new schools seem to be popping up in Grande Prairie to accommodate the needs of a growing city.  In 1916, the plans for a new school for Grande Prairie were accepted by the Alberta Department of Education.  At the time of its construction in 1917, the Montrose School was the largest brick building north of Edmonton and in every way a “credit to the north.”