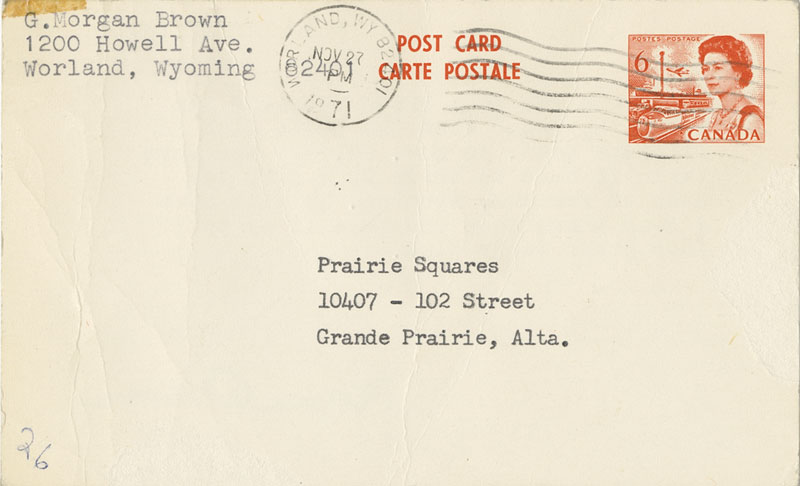 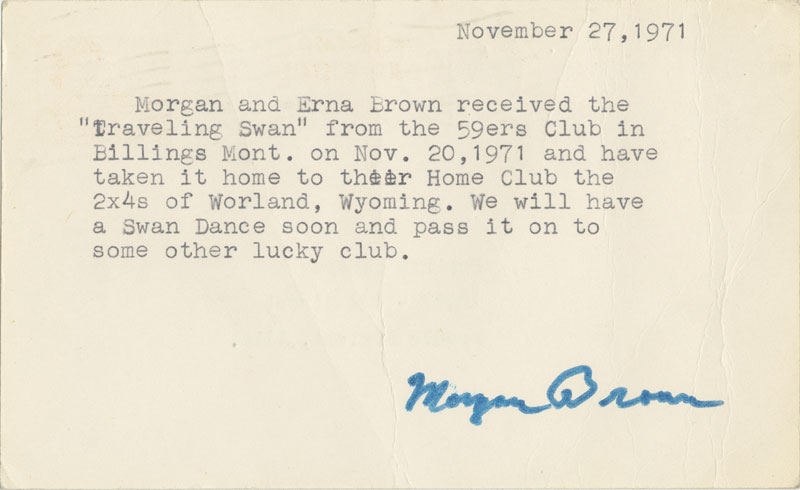 The Prairie Squares Square Dance Club was formed in 1951 to serve as a social, educational and recreational outing for people who love square dancing. In 1964, one of their members, Mrs. Francis Koffler, designed a wood carving of a Trumpeter Swan to serve as a symbol for the club. The design was adopted by the City of Grande Prairie to also be the City’s symbol, and they ordered a 10 foot high replica made of fiberglass and steel to be placed in Jubilee Park for the Golden Jubilee Celebrations in 1965.

Meanwhile, the Prairie Squares sent the original model on a traveling tour of “Swan” dances. At each dance, the couple coming from the furthest distance was presented with the trophy. The swan traveled to 16 clubs in Saskatchewan before returning to Grande Prairie in December 1966. Sent out again in 1967, it traveled around two provinces and five states before returning home to Grande Prairie in 1974.