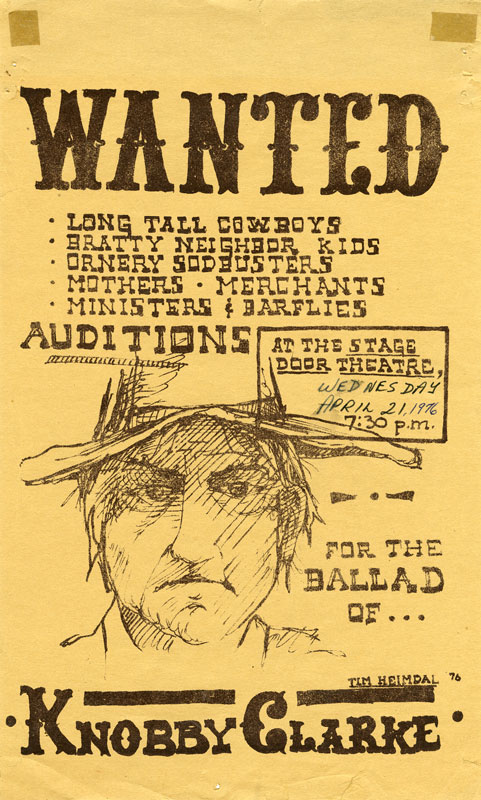 Todays “From the Vault Friday” features a poster from the Beth Sheehan fonds (fonds 002).

The poster is advertising the Stage Door Theatre production of The Balled of Knobby Clarke, on April 21, 1976. The artist is Tim Heimdal. 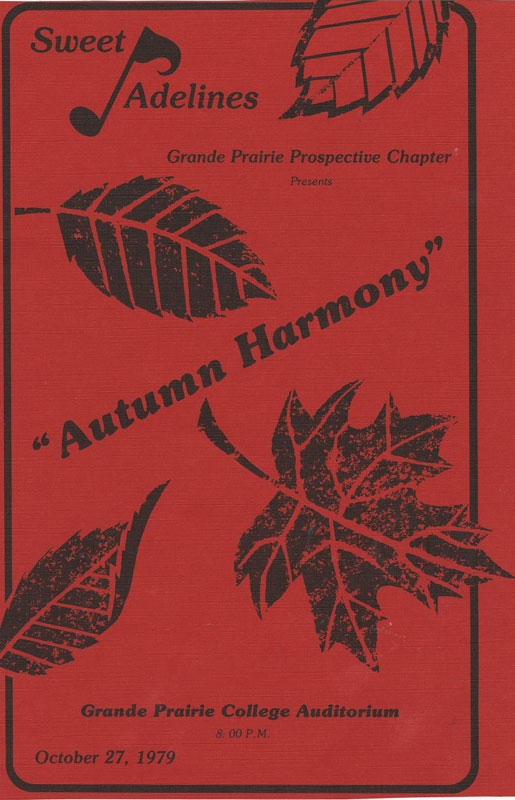 Todays “From the Vault Friday” features a playbill from the Sweet Adelines fonds (fonds 038).

View a selection of our photos on Alberta On Record.

From the Vault Friday is a social media campaign to highlight interesting materials from the Archives. This project was made possible by an Access to Holdings Grant from the Archives Society of Alberta. 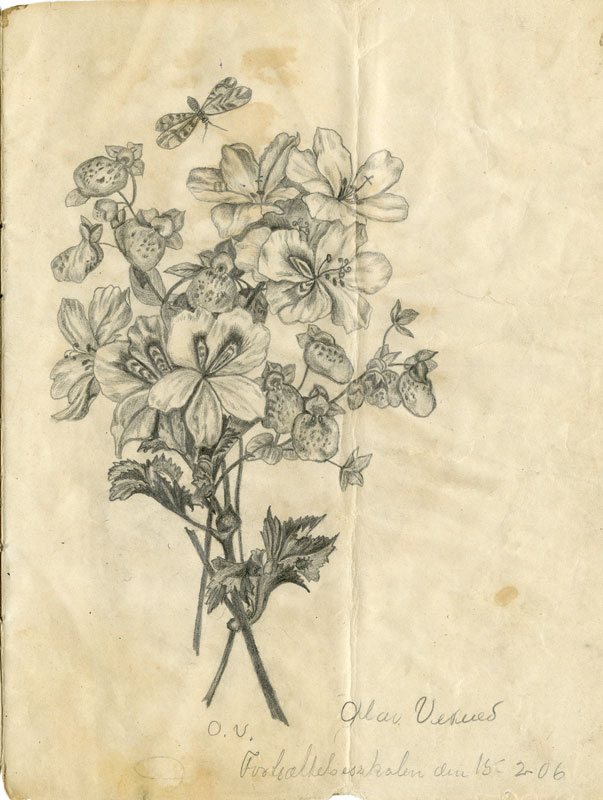 Olaf Vekved (Wekved) was born in Norway, and came to Canada in 1910. He arrived with his brother George and settled at Tofield, Alberta, where another brother, Ingebrigt, had settled in 1909. In 1913, George moved north to the Peace Country. Olaf followed in 1915, but chose land further north, on NW 5-75-8-W6 in the Northfield area, where a number of other Norwegian families were settling. They were joined that same year by brother Ingebrigt, who had skied up over the Edson Trail, and filed north east of La Glace. In 1924-1925, Olaf’s father, and then the rest of the family, also arrived from Norway and settled in the La Glace district. It appears that Olaf never married. From the records, we see that he was a gifted artist. He farmed in the Northfield district until ca. 1960. He died in 1969, at the age of 82, and is buried in Norden Cemetery, 1 mile east of La Glace.

The records were deposited in South Peace Regional Archives in 2013 by Judy Hopkins who found them in an old farmhouse they purchased two miles north and 2 miles east of La Glace. It appears this home once belonged to the Vekved family, and it is presumed the records were given to the family after Olaf’s death in 1969.