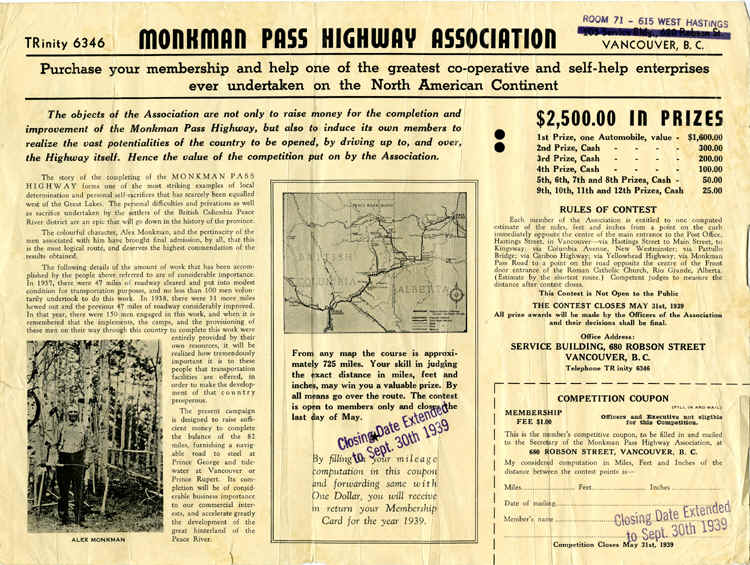 Despite a contest in early 1939 to raise funds, the MPHA continued to be plagued by financial difficulties and was only able to equip a crew for two weeks of work in the summer of 1939 to repair corduroy and bridges. When World War II began, work on the Highway halted completely and many of the men previously involved volunteered for military service.