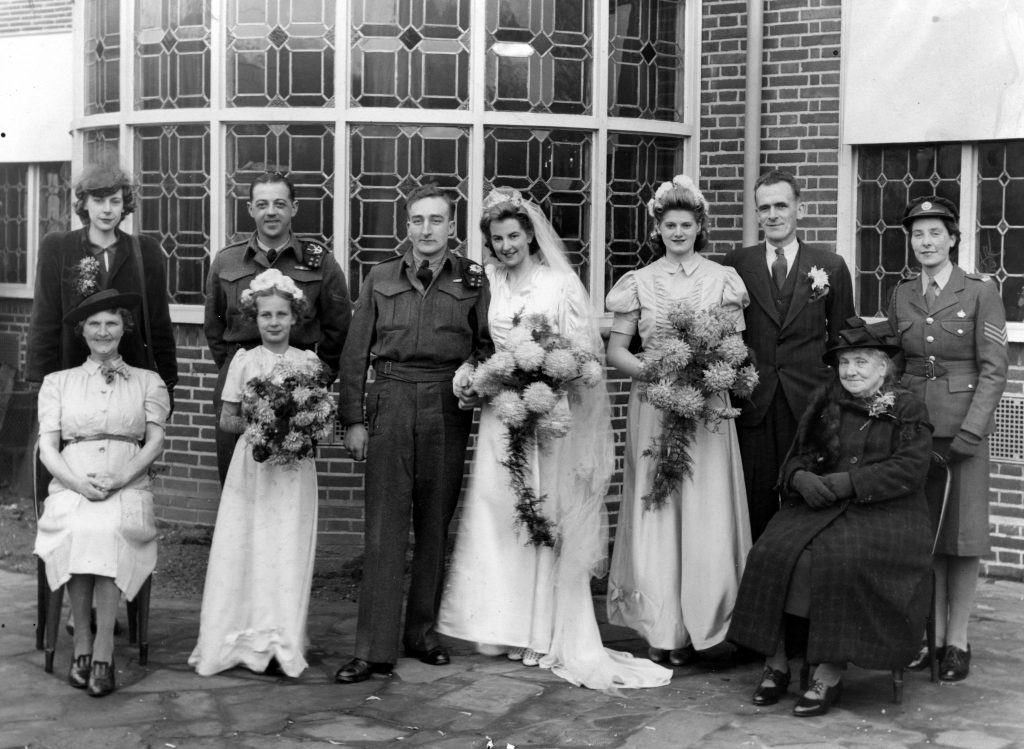 Image: Hilary and Jim Lightfoot photographed with their wedding party in December of 1944. (SPRA 259.14.01)

The South Peace Regional Archives maintains a regular outreach program that includes education and awareness. Throughout the past year, we have continued working with local community groups to accomplish this goal while minimizing personal contact. In November, we partnered with the Grande Prairie Museum and Wapiti Meadows District – Girl Guides of Canada to commemorate the roles of women in World War II. Members from fourteen local Guiding units created individual poppy pendants that were combined to make over 30 meters of bunting; the bunting was displayed in the Grande Prairie Museum as part of a Remembrance Day display. Using the Archives’ online Soldiers Memorial and War Brides Collection, each girl learned about a specific female veteran from our region; from nurses, secretaries, to members of the Royal Canadian Air Force. This collaboration helped the girls connect to women of the past while empowering their futures. 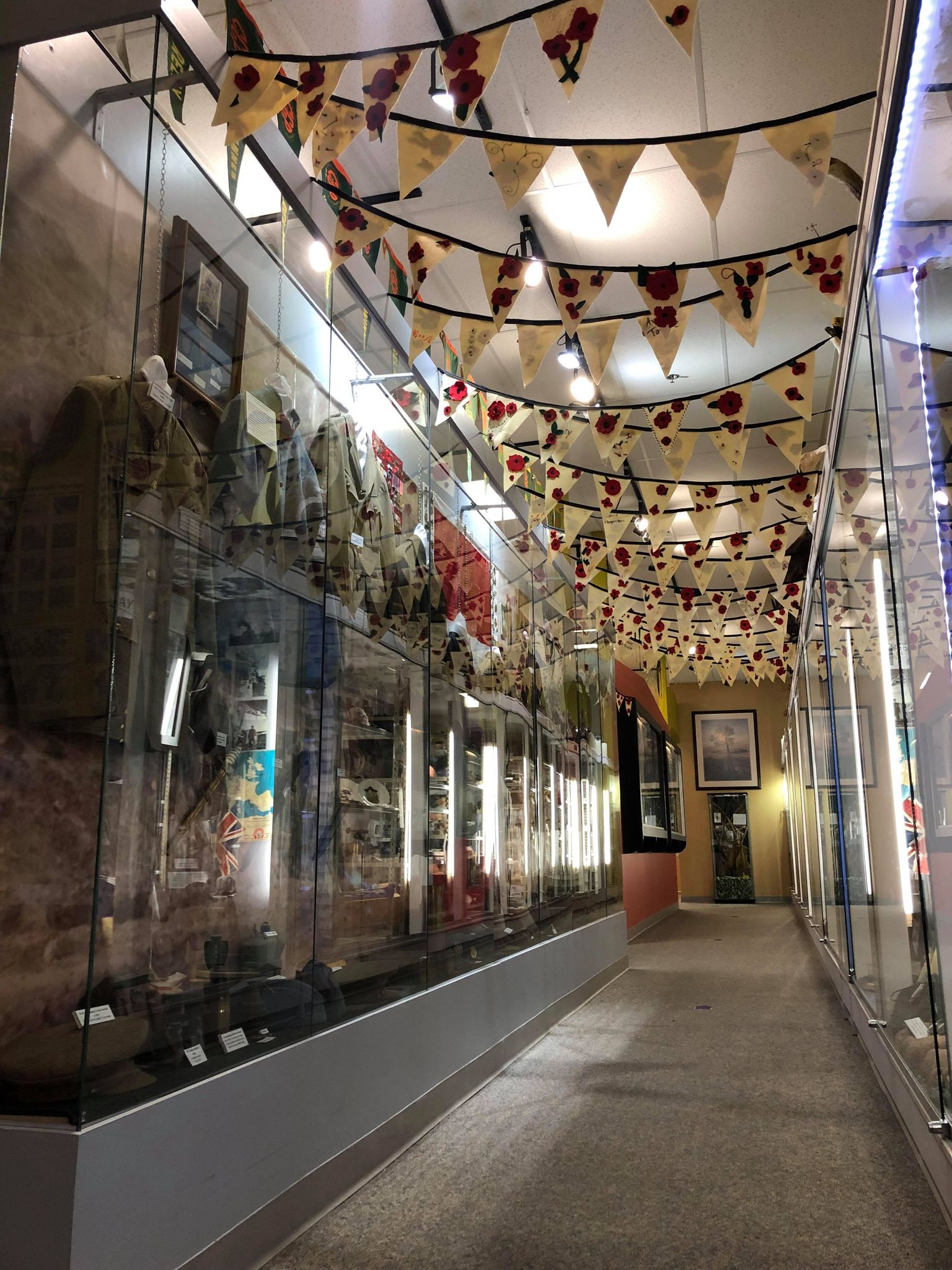 Hilary Lightfoot served during the war and was featured in the educational program. Prior to the war, Hilary worked in a goldsmith shops making bracelets. As the war progressed, her skills were directed towards other projects; she was moved to drill holes into pieces of metal, and eventually worked in a factory welding fins onto bombs. Hilary met her future husband, Jim Lightfoot, at a dance in 1943. After D-Day, the couple decided to get married. Clad in a rented wedding dress, Hilary was 21 when she married Jim in December 1944. 6 months later, Jim was demobilized back to Canada. Hilary boarded the Brittanic in Liverpool along with approximately 1000 other war brides, children and army personnel heading to Canada. The newlyweds spent some time living with Jim’s parents, and later moved to a homestead acquired under the Veterans Land Act at Blueberry Mountain. They farmed there until 1969 when the couple separated. Hilary moved with her two teenaged sons to Spirit River and worked at the local hospital. She lived in Spirit River for 23 years before moving to Grande Prairie.

The War Brides Collection was created in 2007, when the South Peace Regional Archives collected autobiographical stories from 18 World War II brides who came to the Peace Country after meeting their Canadian husbands in Britain and Europe during the War. The War Brides Collection includes audiotaped interviews and photographs documenting these women’s lives and journeys. You can view a selection of photographs from the collection on Alberta On Record.