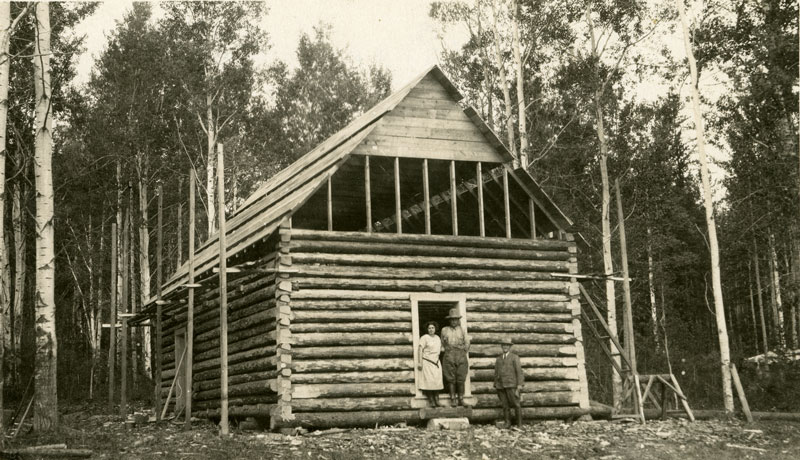 Image: Photograph from Herman Klukas’ period as ranger in Wood Buffalo Park. Description on back reads: “The cabin at Pine Lake in course of construction. Mr. McDougal, Warden & Mrs. Klukas.” N.W.T. & Yukon Branch, Department of the Interior, Photo No. 101. (SPRA 635.01.07)

The South Peace Regional Archives is located on the ancestral and traditional lands of many Indigenous peoples. This territory is covered by Treaty 8, signed in 1899. We are grateful to serve the people on this land and honour the Calls to Action of the Truth and Reconciliation Commission.

Last year, the South Peace Regional Archives launched a major Reconciliation project, titled “Renaming the Past, Reclaiming Their Stories: Indigenous Records,” with financial support from Library and Archives Canada’s Documentary Heritage Communities Program. The project, which will conclude this spring, examined 56 fonds previously identified as containing Indigenous content in order to provide culturally-appropriate descriptions and contextual information. Approximately 300 Indigenous-related photographs and paper artifacts will be digitized as a result of the project. The Archives also hopes to provide a research guide to increase awareness and access to Indigenous-related records within the collection. The Documentary History Communities Program is part of a national effort to increase the capacity of local documentary heritage organizations to better sustain and preserve Canada’s documentary heritage. 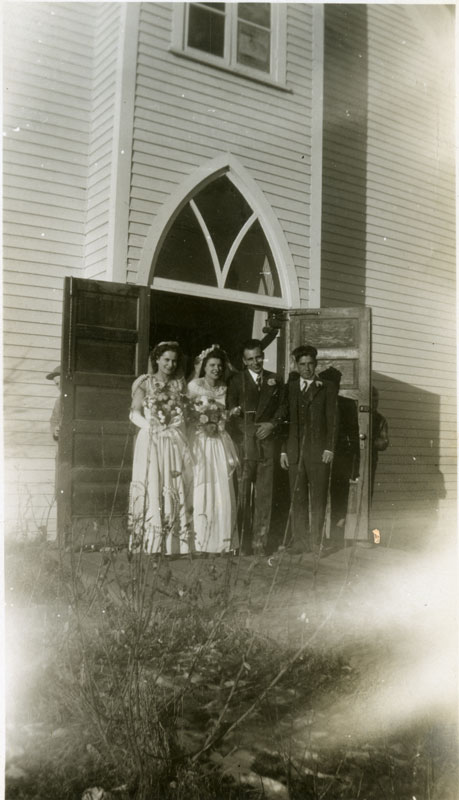 The featured photograph was identified and newly described as part of the Indigenous records project. From the Klukas family fonds (fonds 635), the photo shows Herman Klukas and his wife Catherine Jessie (nee Norris). Catherine Jessie Norris was Metis, born in Edmonton ca. 1905 to Euphrosine Plante, an Iroquois-Cree Metis from St. Albert and John Norris, who had come to Canada from Scotland in 1846. In 1924, when her brother Malcolm was working in Wood Buffalo National Park, Jessie decided to go up and visit him, taking her own route by canoe. There she met Ranger Herman Klukas and they returned to Edmonton where they were married in May 1925. Around 1930, Herman and Jessie moved back to the Bad Heart district where Herman had previously homesteaded. There, they raised their six children: Malcolm, Norman, Campbell, Johanna, Barbara, and Robert. Their son Malcolm became a Metis leader and a founder of the Metis Nation of Alberta.