I was interested in the mention of snow rollers in this account of a weird winter storm. In the late 1970s there was a storm like this here. The storm itself was a bit frightening, with the very high winds and drastic change in temperature and the power was out for several hours. I remember going out the next day and seeing all the snowballs rolled up in the yard around town. (The picture is of the Anderson house in Wembley, which was an airport house, and now belongs to the Wembley Arts, Culture and History Society). 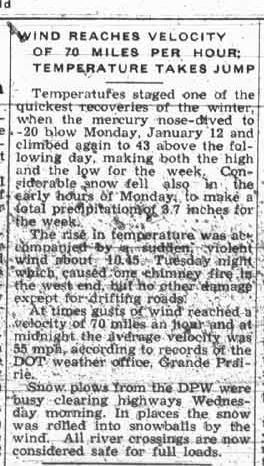