Jean Farmer was born, one of four children, in Scotland, north of Edinburgh. During the War, she worked as a cook for the Air Force, including two years with a Canadian Squadron at Lindon. There she met Jack Conrad. They were married June 9, 1945, and ten days later, Jack was shipped home. Jean followed in March, 1946, aboard the Aquitania with other war brides. She was sick for the first two days but then enjoyed the great food. At Pier 21, she remembers the Red Cross ladies taking them shopping – her first experience of an Eaton’s store. Jack met her in Edmonton and they came to Clairmont by train. When they got to Jack’s parents, his mother had saved her largest turkey for the occasion and had invited a Scottish family as well. They raised four children on their farm: Collin, Calvin, Ann and Holly. 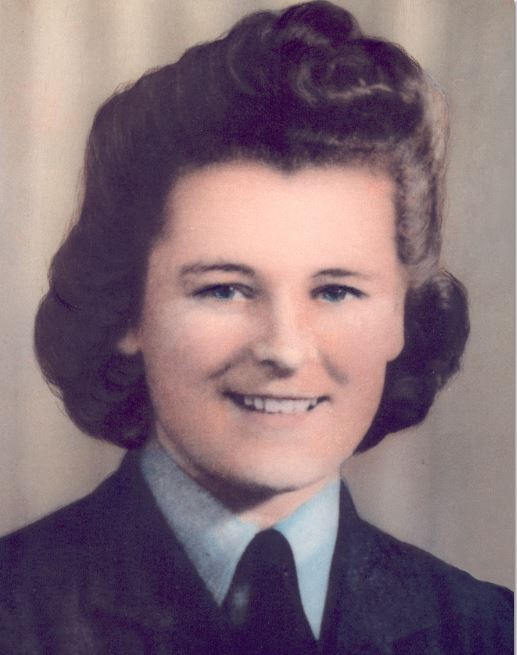 Jean Farmer in uniform. Jean spent two years as a cook for the Air Force in England and two years with Canadian squadron 426 in Linton, Yorkshire, England. 1940 (SPRA 259.08.08)