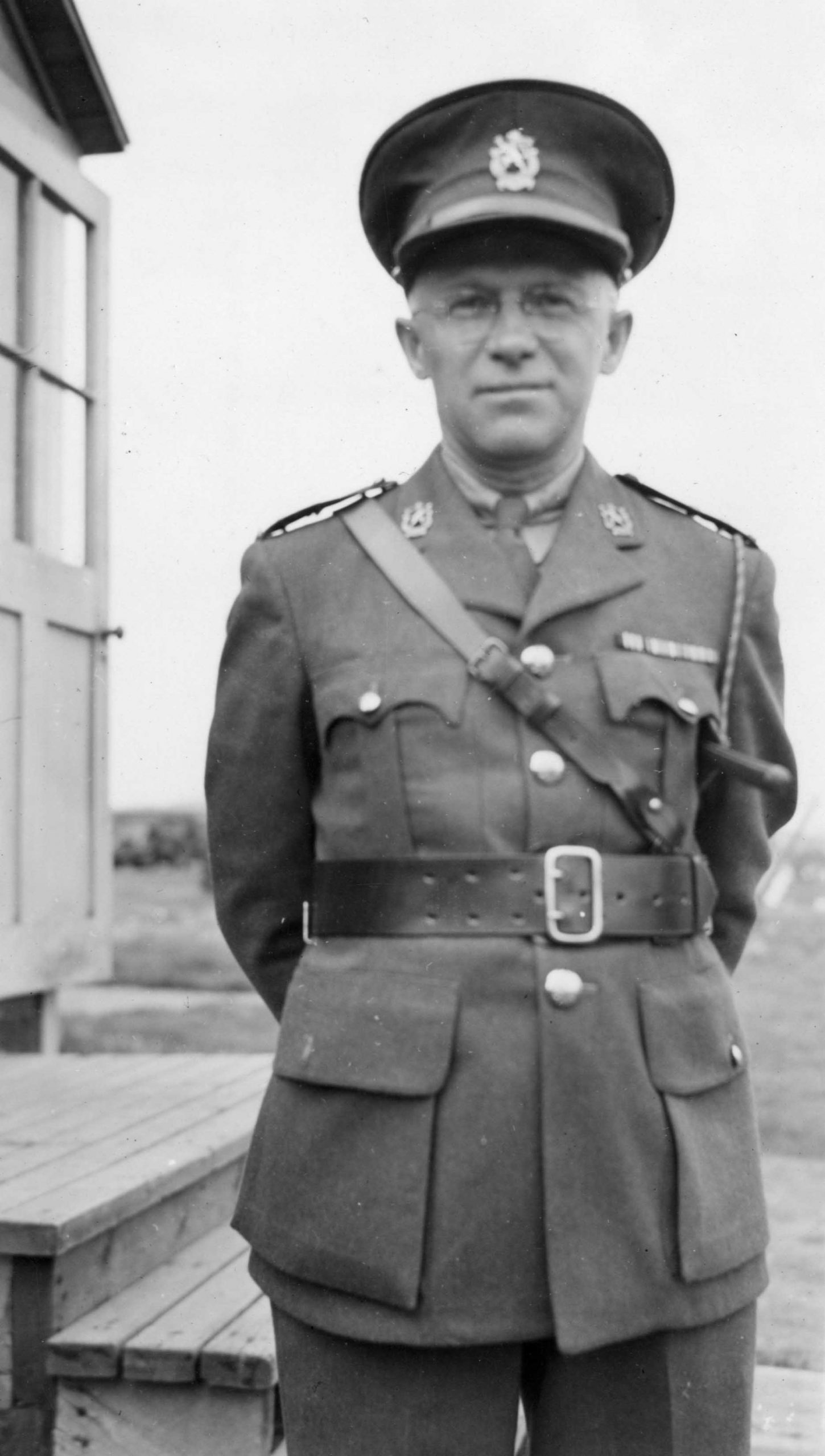 Lieutenant J.P. Sauve was the first president of the Eaglesham Branch of the Royal Canadian Legion, formed in 1936. He was instrumental in re-forming the club in 1947 to include Watino, Tangent and Eaglesham, but was killed in an accident before the charter was received. Royal Canadian Legion Sauve Branch 235 is named after him. (SPRA 327.01.01)