Donald was born on March 20, 1888 in Auburn, Ontario. He got his teacher’s training in Regina and studied law at the University of Alberta. Donald enlisted in the Canadian army in October of 1915 and arrived in France in July of 1916. He was in the Ypres salient until August 24, then at “Dead Dog Farm” near Kemmel until September or October. From there he moved to the Somme and Arras. On March 8, 1917 Donald arrived at Careney, where supplies were being piled for Vimy Ridge. He had to count 36,000 rounds of ammunition. While at Careney, Donald witnessed the Red Baron take down multiple observation balloons, and the whole battery was strafed by the Red Baron. To his knowledge, no one was killed. In his memoirs, Donald notes that graves were dug for the expected casualties in preparation for Vimy Ridge. On April 6, 1917 Donald got a bullet in the back of his neck; he was sent to a hospital in Manchester. While recovering there, he told a minister – “I wouldn’t go across the road to fight for the King. I’m fighting for my country. What has the king ever done?” In September or October of 1917, Donald’s regiment was moved from Vimy to Passchendaele. In June of 1918 he was sent back to England to train for his commission and did not return to France. He was sent back to Canada in January of 1919. Donald met a lawyer in Calgary who worked in Grande Prairie and eventually moved here to set up his practice. He also served as Grande Prairie’s mayor. Donald filed on the following homesteads: 18-73-7-W6; 11-73-8-W6; 14-72-1-W6; 7-72-26-W5; 19-72-11-W6. In January of 1923, Donald married Rose Devlin. He died on October 27, 1971. 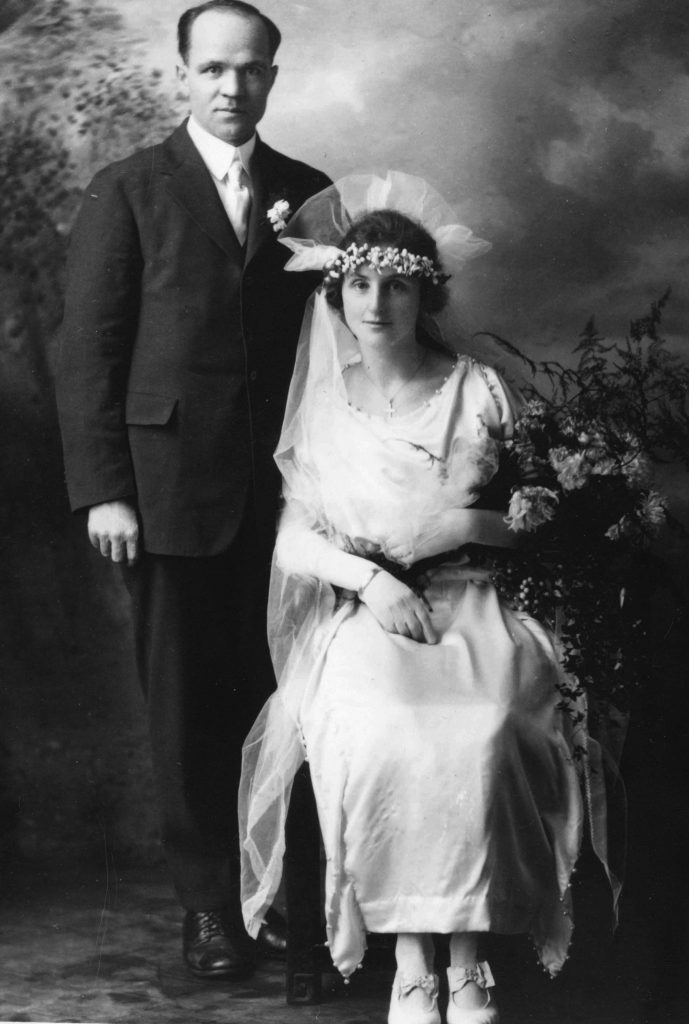