Chester was born in Fancheng, China on December 13, 1894 to missionary parents Halvor and Hannah Ronning. After Hannah died in 1907, Halvor came to Alberta with his young family. In 1911, Halvor married Gunhild Horte. Chester filed on a homestead at SE 12-74-10-W6 in 1913. He was drafted into the Canadian Army in June of 1918, but in September of 1918 was discharged in order to enlist in the RAF. Chester married Inga Marie Horte in 1918; they had six children. In the early 1920s, after receiving his Master of Arts degree, Chester returned to China as a missionary. For some years, he was president of Camrose Lutheran College. Chester also spent some years working in politics, serving in diplomatic posts in China, Norway, and India. During World War II, he served in the Canadian Intelligence Service. Chester died on December 31, 1984.

Note: the National Film Board of Canada produced a film about Chester A. Ronning 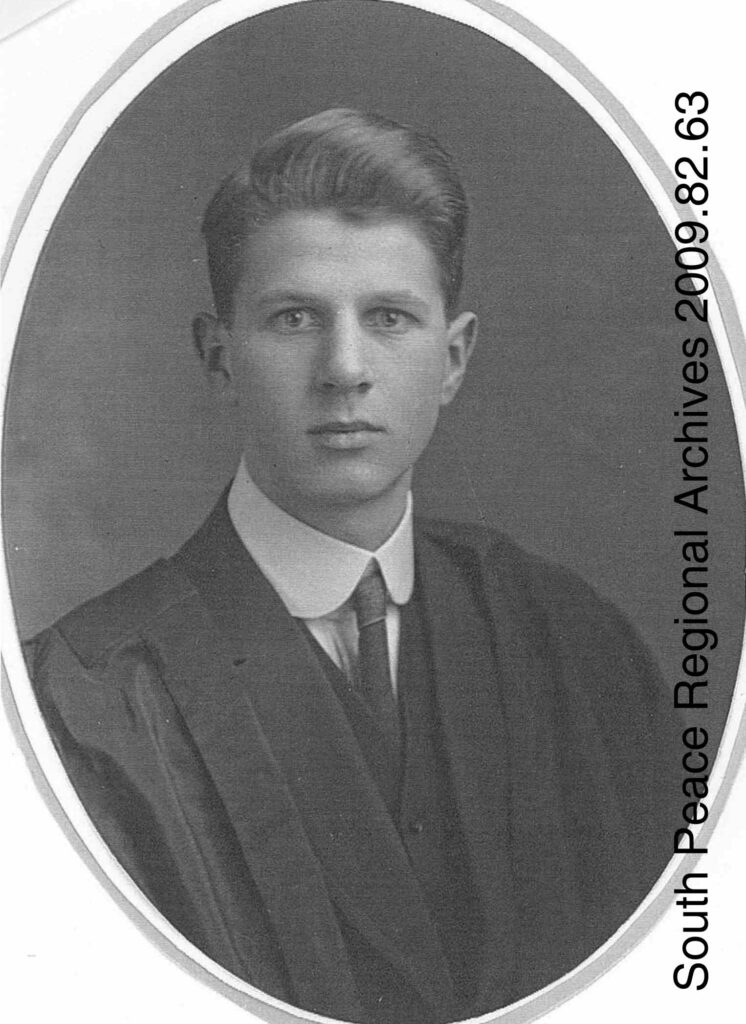