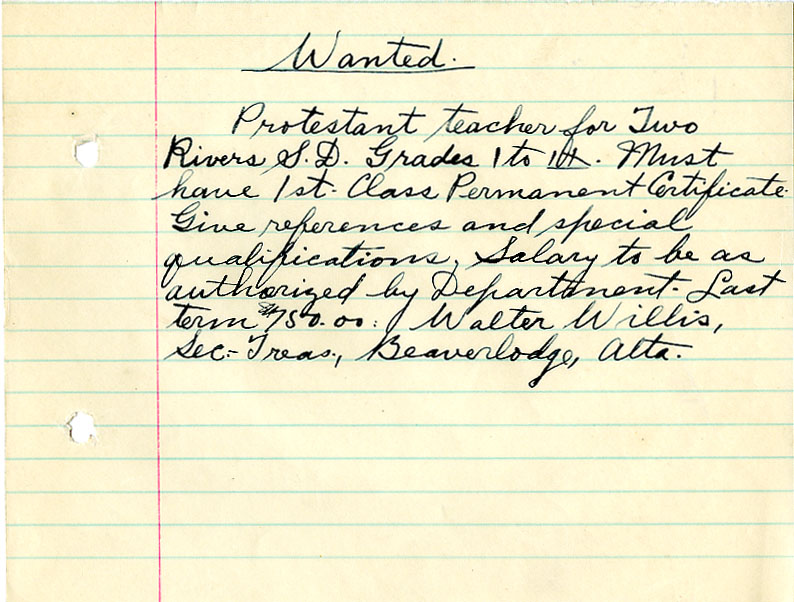 Two Rivers School District 3497 was formed in 1917 and named after its location in the triangle formed by the joining of the Red Willow and Beaverlodge Rivers. From 1917 to 1918 the school operated in J.W. Cotton’s house (SE 35-70-10), with Verna Elliot as the first teacher, until the 18′ x 26′ school was built on the southwest corner of SE1-71-10-W6. Because of low student attendance and greater than anticipated costs, the school closed in 1918 and did not reopen again until 1927. The school closed again for about a month in 1929 due to an outbreak of smallpox.