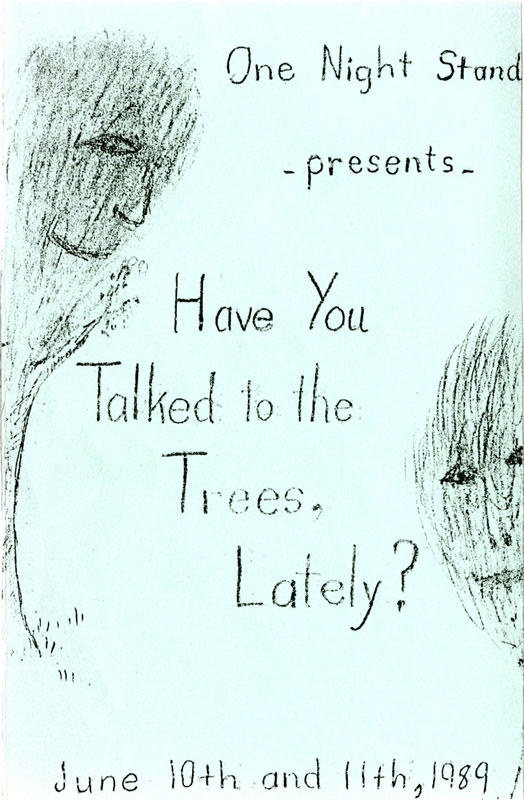 Today’s “From the Vault Friday” features a program from the Eaglesham and District Drama Club (Fonds 477).

The club was unofficially known as the “One Night Stand”. Their symbol was a leaning lamp post and colours black and red. They aimed to offer programs in the community to promote participation in and appreciation for the performing arts, discover and develop local talent, entertain, and create an awareness of and concern for social and moral issues.

The group usually gave one or two performances a year, sometimes featuring a couple of plays, in Eaglesham, Tangent, and occasionally at festivals.

The Drama Club operated under the umbrella of the Eaglesham Cultural Society (incorporated 1977), allowing it to access additional grants. The Drama Club was financed by donations from local clubs, direct and indirect government grants, and performance admissions.