Margaret Alma Stevens (Regtl. No. W3225) was born July 8, 1907, in Easton’s Corners, Ontario. She attended school there until Grade 9, later taking a course in Business College in Ottawa. Her parents, Mr. & Mrs. William Stevens, lived at Kemptville, ON when she enlisted at Kingston, ON. in 1942. Margaret joined the Canadian Women Army Corps (CWAC), No. 7 Company, and trained at Barriefield, ON in 1943, where she met Eddie Schadeck. She served as a clerk at Fort Frontenac, Kingston until her discharge in 1946. Her interests included riding horses and writing poetry and songs. Margaret started army correspondence courses while at Barriefield and continued them in Brockville, ON after she was discharged, and in Wembley after she married Eddie in 1946. Their farm was located south of Huallen in the Wembley area. In the 1950s, they moved to Salmon Arm, where they lived until Margaret passed away in 1999. 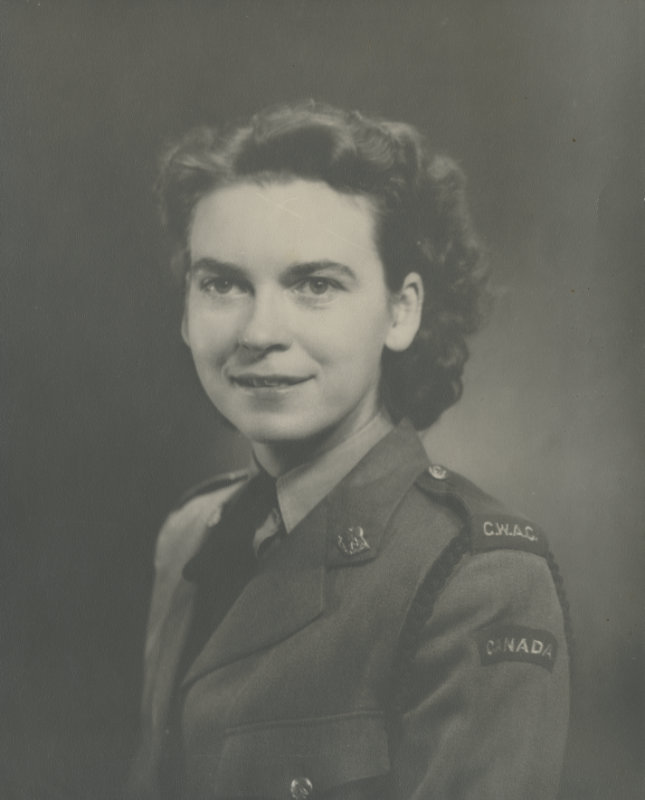