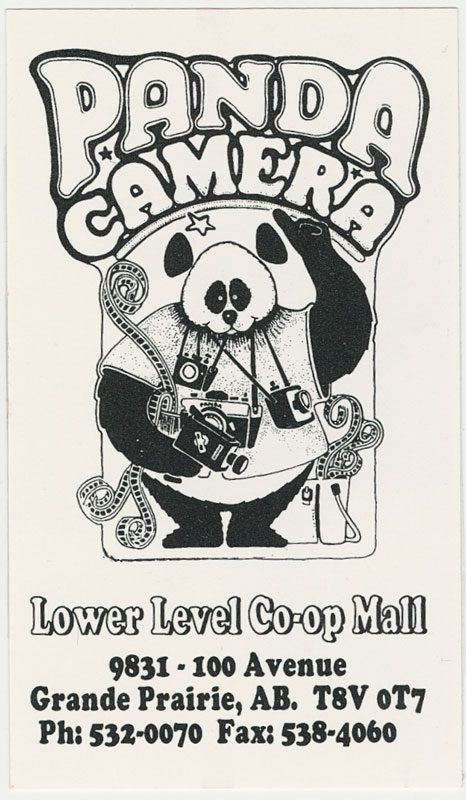 Todays “From the Vault Friday” features an advertisement from the Panda Camera (Fonds 190). Established in June 1964 by Orm Schultz, Panda Camera was a camera store and commercial studio specializing in portraits and public relations photography.

As a combination Photo Studio and Store, Panda Camera sold everything from photography books and magazines to movie cameras and slide projectors, as well as cameras, accessories, film, darkroom equipment and supplies, and display materials. It also carried related equipment such as surveying instruments, mobile telephones, binoculars and calculators.

In December 1966 Paul Pivert joined the Panda Camera team. Paul inherited his love of photography from his father and uncle, both of whom were excellent amateur photographers who had documented their own activities and community events since arriving in the south Peace in 1929. Paul went on to train as a professional photographer, and in 1973 he became the sole owner of a new company, Panda Camera (1973) Ltd.

In 1976, Mr. Pivert split the business into two divisions: Panda Camera, the camera store, which remained in the main business section of Grande Prairie; and “House of Portraits”, the portrait studio. The studio was moved to a historic home built in 1928 by Joseph Crummy on the corner of 102 Street and 102 Avenue. The camera store, while undergoing many changes, always retained the name of Panda Camera.

In the early 1990s it was moved to the Co-op Store, and in 1996, was sold to Diane Laurin. The business still operates as Snapshot Studio & Photo just across the street from Panda Camera’s original location on Richmond Avenue. 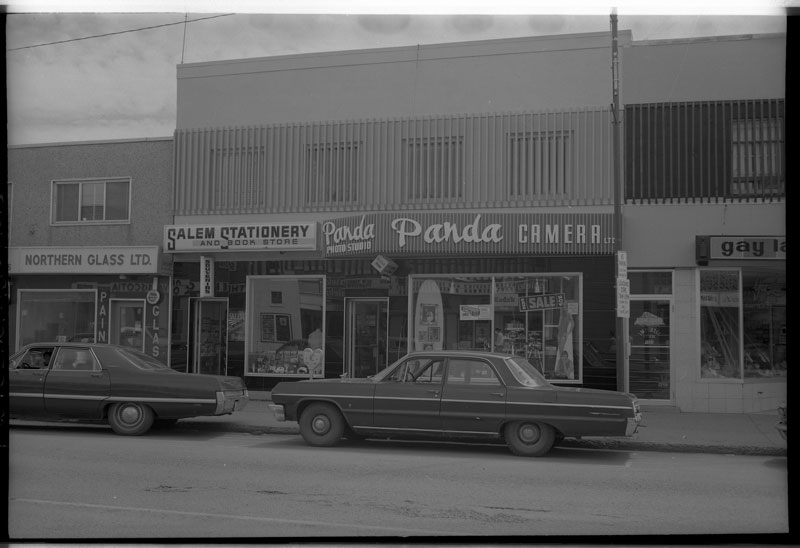