Cooking with Betty is a new limited-run blog series showcasing transcriptions from the Betty Welter Fonds. Each week, we will be sharing Betty’s recipes and her thoughts on raising children in Grande Prairie during the 1950’s. Each blog post will feature recipes from her handwritten recipe book and excerpts from her reflection piece Raising Children in Grande Prairie during the 50’s. This blog series is made possible by volunteer Suzanne Dunn, who transcribed the records, and practicum student Alec Moreau, who compiled the posts. We will try to keep things short, simple, and sweet — but first, let’s meet Betty!

Elizabeth “Betty” Smart was born in Bassano, Alberta in 1921, the daughter of Archie Smart and his English War Bride, Mable. In 1928, the family moved north to the Flying Shot Lake District in the Peace River Country. Betty started school in Patricia, Alberta, but grades 2 through 8 were spent at the one-roomed Flying Shot Lake School. Grades 9 and 10 were completed by correspondence through the Western Canada Institute, part of it under very difficult circumstances after her mother passed away in 1938. In 1939, after a year at home, keeping house for her father and two younger siblings, Betty went on to Vermilion Agricultural College for 2 years and obtained a Home Economics Degree. She became an expert cook, seamstress and craftsperson. Returning to Grande Prairie in 1941, Betty cooked for the Grande Prairie Hospital, helped her father with his market garden and later cooked for the first group of students in the Wapiti Dorm (Grande Prairie High School’s student accommodations) when it was located at the Military Training Center. Later she worked at Nelson & Archibald’s General Store. In 1944, Betty married Jack Welter, from Sexsmith. He passed away in 1987. Jack & Betty raised six children: Fred, Margaret, Frances, Ruth, Janet and Wayne. Betty Welter died in 2013. 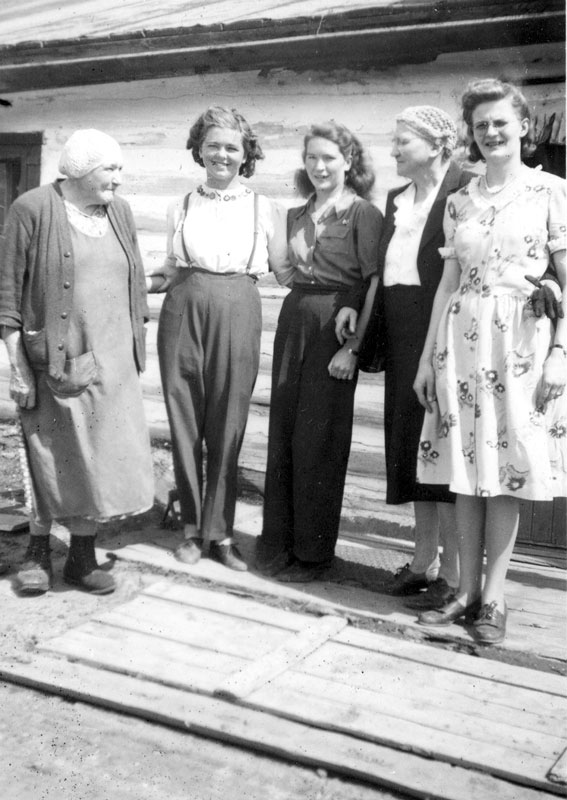 Betty enjoyed writing, and the stories were collected and enjoyed by her children & grandchildren. Enjoy the first excerpt from Raising Children in Grande Prairie during the 50’s:

We had two children born in ’46 & ’48 and four born in the 50’s. Jack, my husband, was a heavy duty mechanic starting with Caterpillar in 1950 at 75 cents an hour – he was 32. He had to buy numerous larger tools, these at he own expense, these were needed for bigger equipment as he was already a mechanic for car motors. I was an at-home Mom ’til the late 60’s. His wages increased to $1.00 in early 1950. Postage was 5 cents per letter; gasoline around 50 cents a gallon.

And here is the first recipe (we’ll start with a good one):

Boil together 2 c water & 3/4 c sugar for 10 min.  Wash, pare & core 6 large apples.  Place them in the syrup, cover tightly & cook gently until apples are tender.  Then carefully remove the apples & place them in a shallow baking dish.  Let the syrup boil until reduced & thickened.  Pour it over apples & allow to cool.

Join us next week as we continue Cooking with Betty! 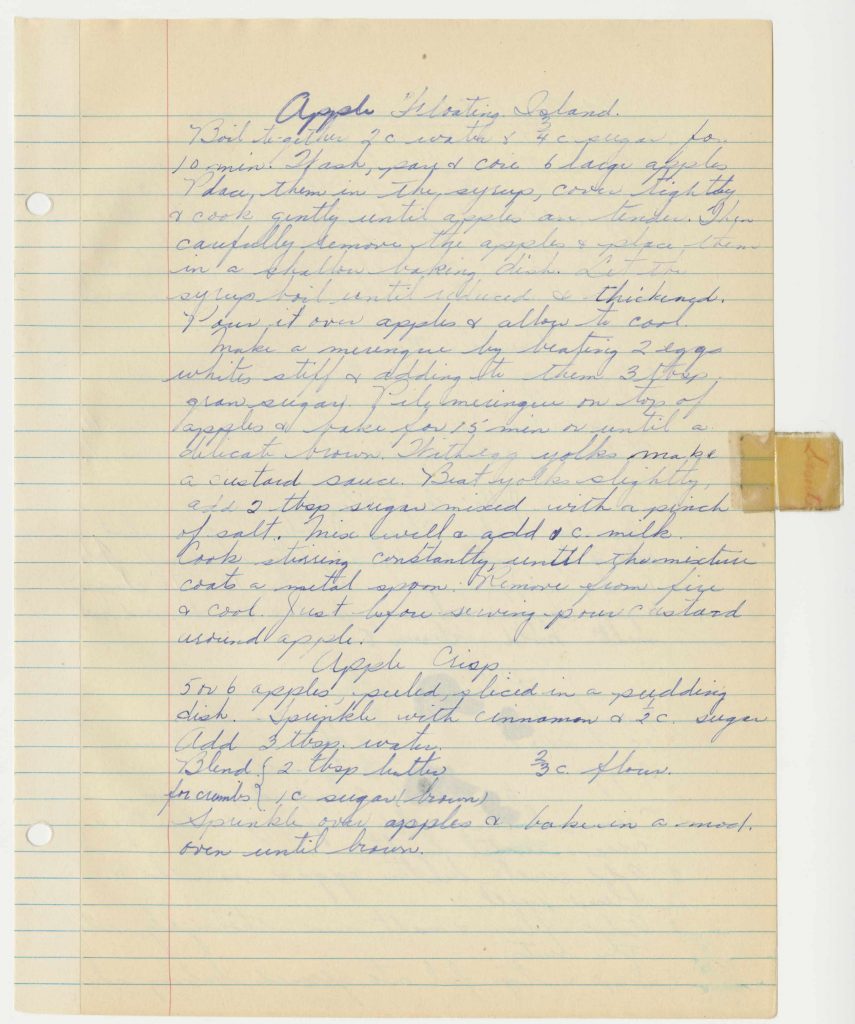