Margaret Stanton was born in St. Alban’s, England and joined the Field Army Nursing Yeomanry in 1938. She drove an ambulance and ration truck during the War and later was employed taking away gun emplacements and transporting prisoners of war. She met Art at a USO show put on by the American army and they were married in Aldershot on January 23, 1946. Their son, Ken, was born that same year and after Art left for Canada, she and Ken boarded the Queen Mary with thousands of other brides and children for their trip to Canada. They lived near Cadogan, Alberta and later moved to Grande Prairie. She never went back to England. 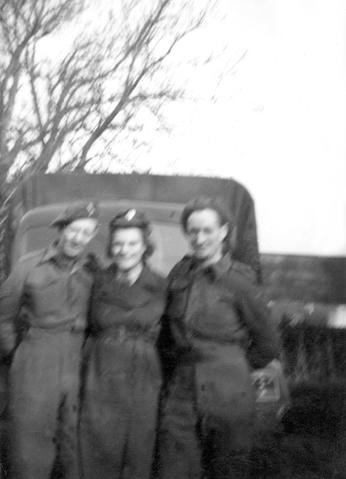