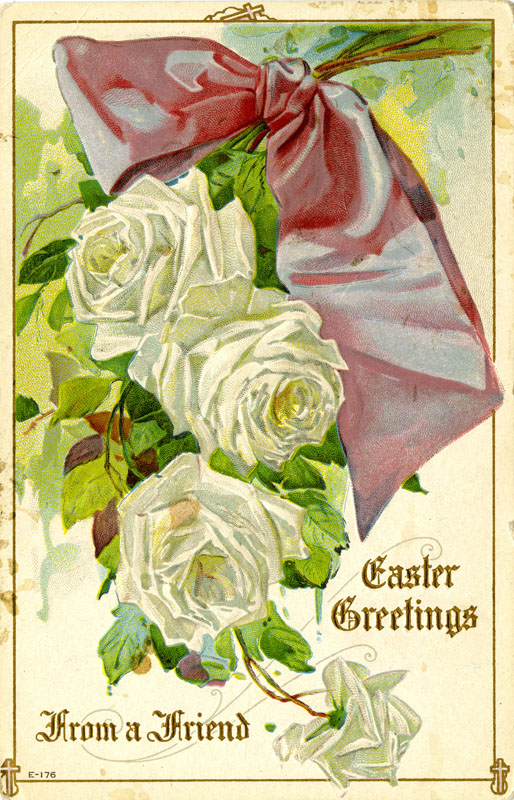 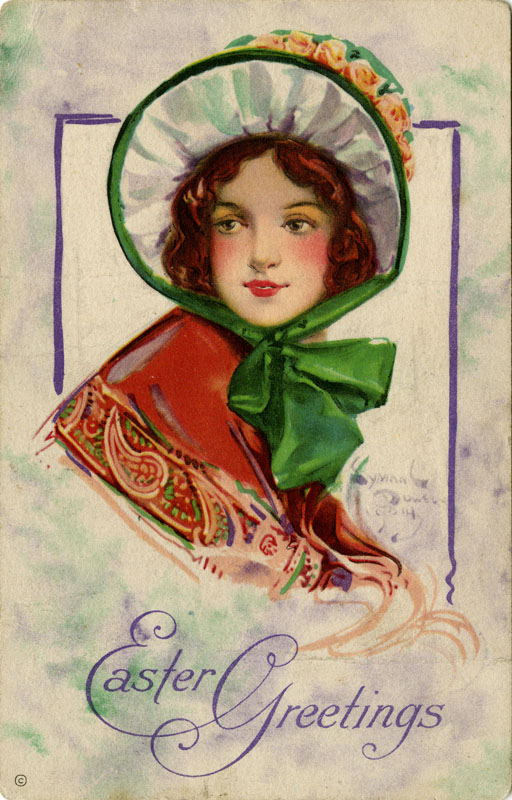 The Archives will be closed April 2-5 for Easter. In the meantime, enjoy this cheery selection of Easter cards from the Vader-Grimm Family fonds (fonds 676).

Ora Curtis Grimm was born on January 26, 1899 in Lynch, Nebraska. His early education took place at Grimton School, which was named after the family. In 1911, the family moved to Trossacks, Saskatchewan where he finished his education. He went on to complete the Automobile and Gas Tractor Engineer program at Hemphills Trade School Ltd. in Regina in 1920. The family moved to the Spirit Valley District (NE of Spirit River) then to Rycroft. Ora farmed with his father, eventually buying land from Doc Calkin, P.J. Nigel, and Revillion, as well as his father’s land when Lorenzo passed away in 1950.

The Vader and Grimm families came together with the marriage of Ora Grimm to Edith Vader on July 6, 1943. Ora was 44 and Edith 29 when they married. They lived and farmed 2 miles west of Rycroft, Alberta. Ora and Edith had three children: Norma Jean born in 1944, Elnor May born in 1945, and Ray Curtis Bryan born in 1950. Ora died on October 18, 1965 and Edith on January 1, 2011. Ray took over the farm several years after his father, Ora, passed away. Elnor passed away in 2017. 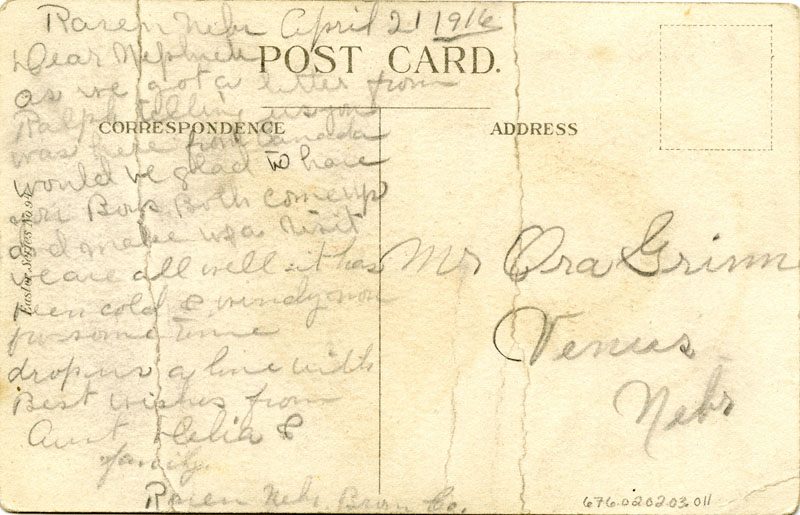 View a selection of photos from the Vader-Grimm family on Alberta On Record here.