Violet Remnant was a 16 year old shop assistant in Wrecclesham, Surrey, not far from the Canadian Army Base in Aldershot, when she first met Arnold Dryer at a dance in the Village Hall. Arnold’s squadron was billeted nearby in the village of Rowledge. The relationship blossomed, and from wherever Arnold’s squadron moved to, his letters found their way back to Violet. At 18, Vi joined the Air Force, working as a clerk in RAF records in Gloucestershire. When the war ended, they were afraid that Arnold would be drafted home, so with four days’ notice, they planned a wedding. “We still needed clothing coupons to buy new clothing,” Vi remembered. “I bought a royal blue dress, and my mother used seven of her own coupons to buy Arnold some Oxford shoes. There was no way she was going to let him go up the aisle in army boots!”. They were married on April 23, 1945 in Rowledge, England. After the wedding, Arnold was indeed sent back to Canada, and Vi waited for permission from the Canadian Wives Bureau to join him. She was discharged from the Air Force and put in time helping at the local post office. In June she sailed on the Aquatania with another bride bound for Grande Prairie, Betty Eskdale. The war brides were processed through immigration at Pier 21 in Halifax. Vi arrived on July 4, 1946 (along with her sister-in-law, Pat Dryer who was married to Arnold’s brother, Robert). The editor of the newspaper, J.B. Yule, was one person Vi met on her first day in Grande Prairie. The news of their arrival was proclaimed on the front page in the next issue of the paper: “Three War Brides Arrive Grande Prairie”. Although the young Mrs. Dryer was “homesick off and on” over the next year, she enjoyed being on the farm and the many good neighbours. Violet and Arnold had three children: Dale, Mark, and Ann. Grande Prairie is still Vi’s home 60+ years later. 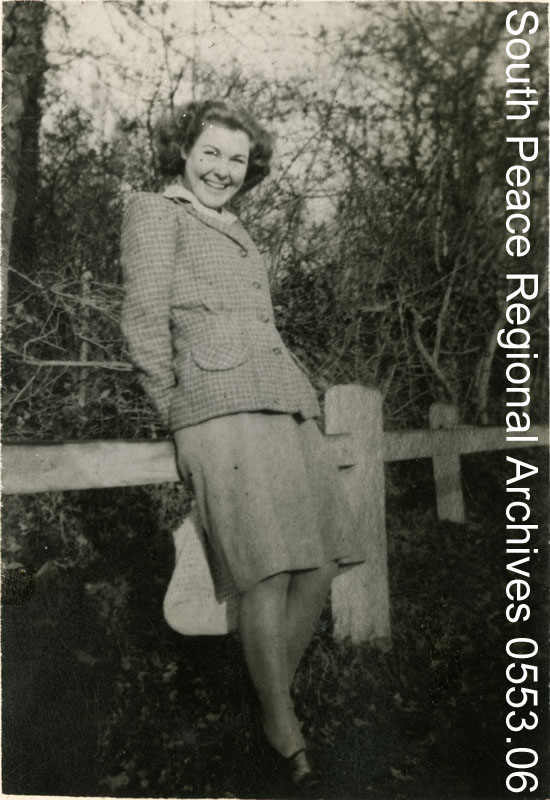 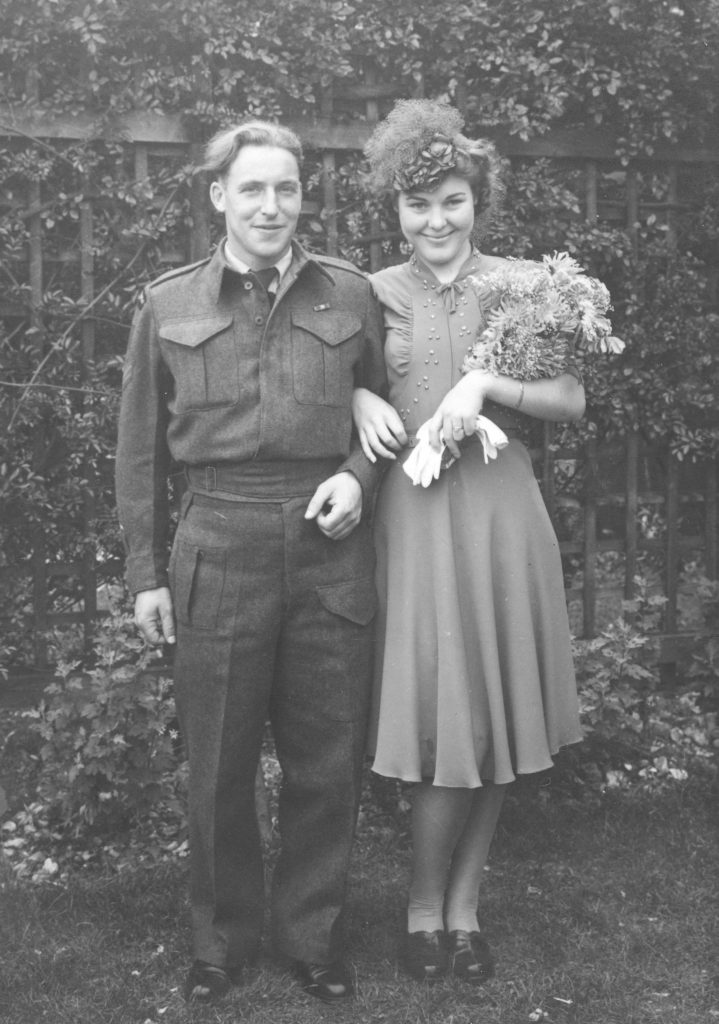