Martha Jensen enlisted in the Royal Canadian Air Force, Women’s Division in WWII. Without her parents permission, she “borrowed” her father’s naturalization papers to prove they were Canadian citizens. When her father needed his papers she had to confess what she had done. Martha was sent overseas as a wireless operator to Linton Air Base near York, England where two Canadian squadrons (Goose and Thunderbird) were stationed. When she arrived, there was so much work to be done that they worked 8 hours on, 8 hours off, seven days a week. Breaks in the airman’s pub were much appreciated. During her time there, a very special event was the visit of King George VI and Queen Elizabeth with their daughter, the young Princess Elizabeth. After the war, Martha stayed an additional four months, based at Allerton Place, to help with demobilization and bring all the POWs home. After the war she married Alfred Head, who had served in the Air Force at Linton, and lived in the south Peace River Country of Alberta.

There was so much work to be done when the Women’s Division first arrived at Linton Air Base that they worked 8 hours on, 8 hours off seven days a week. Breaks in the airman’s pub were much appreciated. 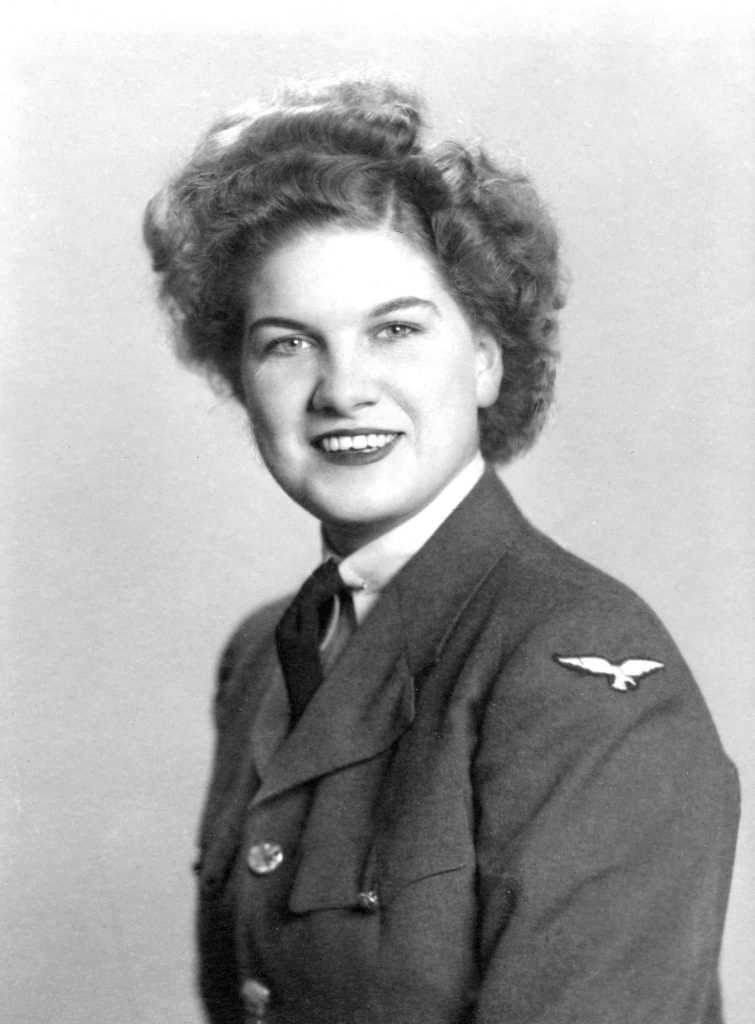