Image: Father Josse appears at far left in this photograph from the 1934 Historical Edition of the Grande Prairie Herald

Father Josse was born in St. Herblain, France around 1877. After completing his training for the priesthood, he was sent to Canada and arrived at Dunvegan on October 11, 1902. For a number of years Father Josse traveled around the Peace country on horseback to minister to the Catholics throughout the region. In July of 1917 he was called up to join the French Army for the duration of World War I. He served as Secretary of Staff of the 11th Legion initially, and later as an interpreter. During the Meuse-Argonne Offensive at the end of the war, Father Josse was awarded the Croix de Guerre for bravery while assisting the wounded under heavy artillery fire. After the war, he returned to Grande Prairie, where he remained until 1931 – at this time he was called to a professorship at the Seminary of Gravelbourg, Saskatchewan. Father Josse died on February 13, 1964 in St. Norbert, Manitoba, at the age of 87. 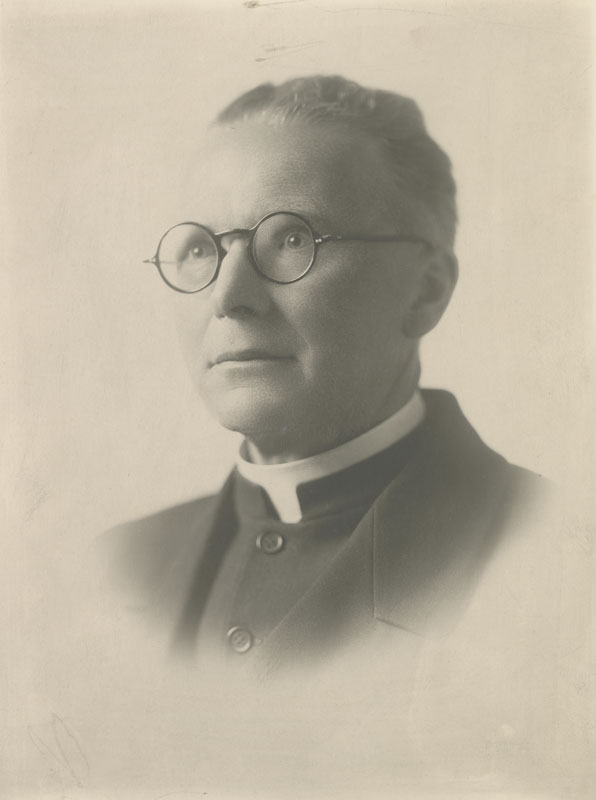