Walter was born in Cleveland, Ohio on September 7, 1880. He filed on a homestead at NW 36-71-8-W6 and also worked for the Hudson’s Bay Company in Lake Saskatoon. Walter married Julia around 1906, and the couple had three children. He enlisted in the Canadian army in September of 1915 and was sent overseas. Late in 1916 there were mistaken reports that Walter had been killed in action, but a letter he sent to the Grande Prairie Herald in January 1917 confirmed that he was “very much alive and in good health.” In August of 1917, he was awarded the Military Medal for bravery in the field. Walter was killed in action in the vicinity of Passchendaele on October 30, 1917. 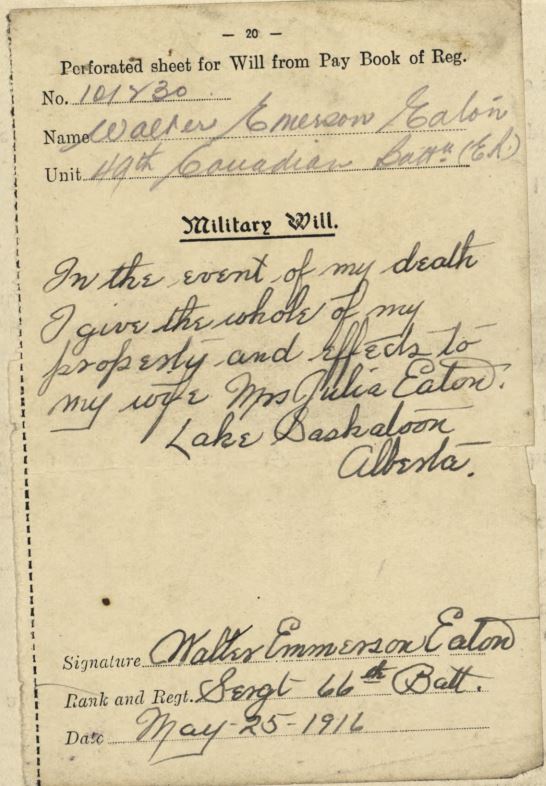