Mark was born in Glen Ewen, Saskatchewan on October 7, 1888. He traveled to enlist in the Canadian army on September 24, 1914. In fall of 1916, Mark injured his left shoulder about 40 miles behind the lines; he was giving a horse some medicine when the horse threw up its head. He was hanging onto the halter and injured his shoulder. Mark required surgery to remove some new formation of bone in front of the shoulder joint, which caused him much discomfort even after surgery and massage therapy. On March 21, 1918, he was discharged in Regina, having been found medically unfit. According to his medical record, he had a 12 inch surgical scar.  Mark filed on the southwest quarter of 13-72-4-W6 in December of 1918.  On January 8, 1921, he married Margaret MacDonnell, a widow who had worked as his housekeeper for a time. Mark died on September 18, 1965. 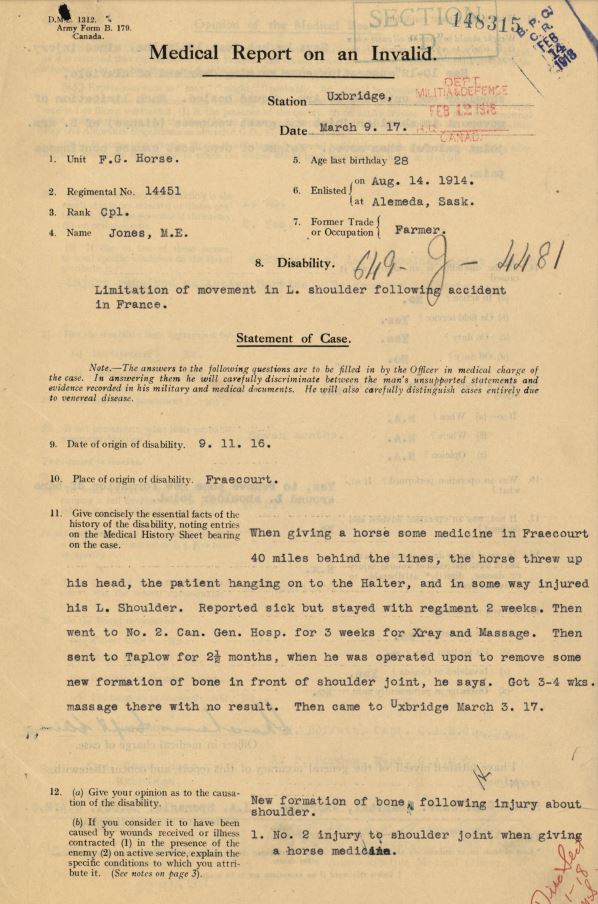