John was born in Glendale, Minnesota on May 5, 1878. In 1913, he filed on a homestead at NW4-74-8-W6.  A newspaper headline from October 5, 1915 reads that “For the Third Time this Pioneer Country Has Responded to the Call for Volunteers;” John was listed among these volunteers, having enlisted at Lake Saskatoon on September 20, 1915. On June 14, 1916, John received shrapnel wounds to his right side while in the trenches at Ypres. He notes in a letter sent to a friend back home that “I was lucky as I was able to walk as my wound did not bleed much.”  John was much impressed with the care he received while in hospital.  He also had several weeks’ leave in Ireland; John did not feel he needed so much leave, but “the officer said it would do me good, so I went.” Some time after this injury, John was transferred to the Canadian Forestry Corps. In February of 1918, John was thrown off a truck and suffered from a concussion and a fractured clavicle. After this injury, he became forgetful;. the medical notes in John’s service file note that he appeared and acted more like a man of 70 than of 40. John was later diagnosed with dementia and arteriosclerosis, and in October he was sent back to Canada on a hospital ship. He died “by apoplexy at Cobourg Military Hospital” in Ontario on May 15, 1919, and was buried in Credit River (St. Peter’s Cemetery), Minnesota.

Read a letter John wrote to a friend back home just months before he was injured the second time. 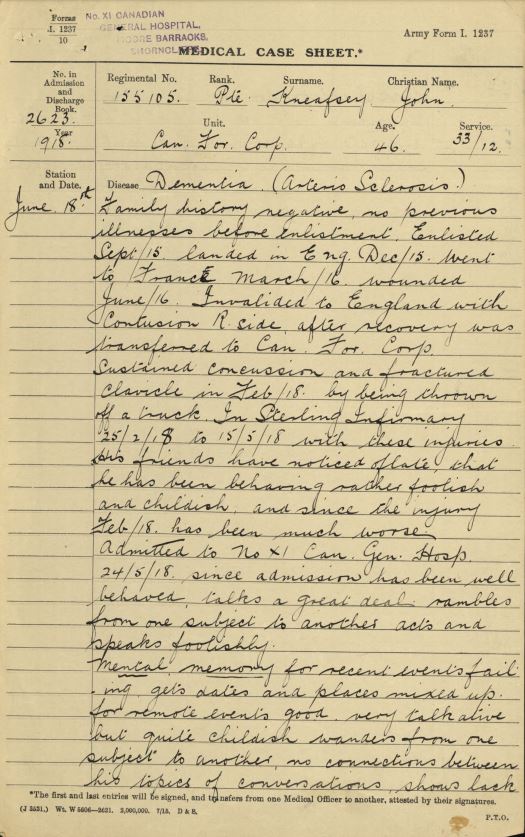 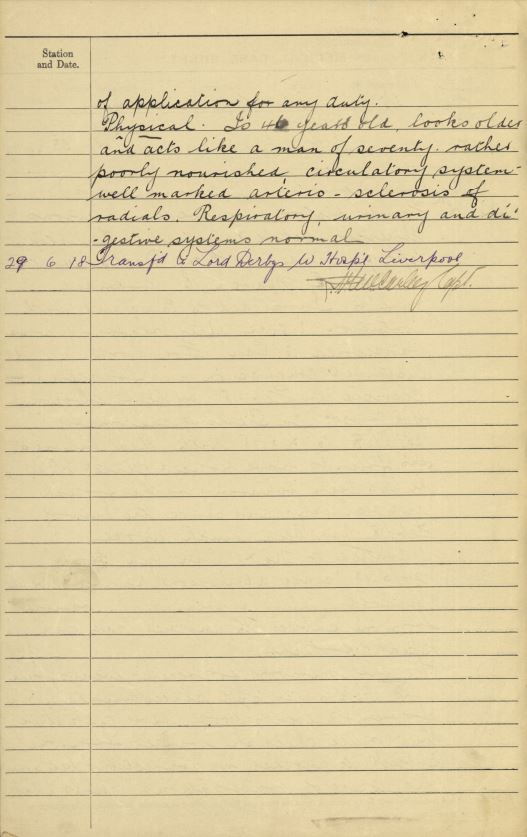